The Lower Florida Keys represent a break from bustling vacation spots, a trove of nature preserves. On land, visitors can see the endangered Key deer of Big Pine Key roaming freely. On water, kayakers and paddleboarders can observe the mangrove clusters and flats that shelter innumerable species of birds and wildlife up close. The Florida Keys are an important part of many bird species’ spring and fall migration route and the area is a prime observation post. These Big Pine Key activities make Lower Keys vacation rentals ideal locations to take in  the wonder of nature.

Many say that the Lower Florida Keys is the best place to do “nothing”. The area’s waterways and beaches are the perfect getaway from the hectic pace of life. Lower Keys landmarks such as Bahia Honda State Park frequently make lists of the most pristine, beautiful spots in America.

Of course, the Lower Keys vacation rentals mean you’re close enough to Key West to easily take advantage of all the southernmost city has to offer.

The Lower Florida Keys are primarily an area of residential neighborhoods with single family homes. There are very few condos and townhouses.

They include the area from Bay Point and Bluewater to Big Pine Key. Other islands within the Lower Florida Keys are Sugarloaf Key, Cudjoe Key, Summerland Key, The Torches (Big, Middle and Little), Ramrod Key and No Name Key.

The average temperature in Big Pine Key ranges between 78 and 90 degrees in August, the warmest month; and 62 and 75 degrees in January, the coolest month. 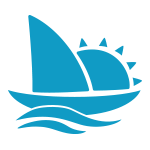 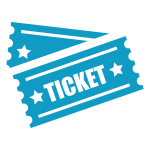 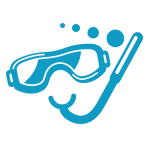 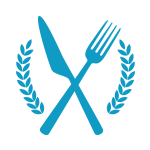 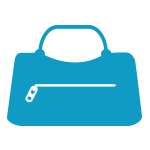 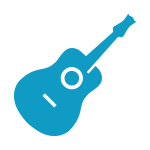 Looe Key and the Florida Keys National Marine Sanctuary is located about five nautical miles offshore of Big Pine Key. The groove and spur reef at Looe Key, roughly 200 yards wide and 800 yards long is generally “U” shaped, and is comprised of both patch and outside reefs. It became a National Marine Sanctuary in 1981, with restrictions on spearfishing, tropical fish and shell collecting and wire fish traps. Looe Key is an excellent scuba and snorkeling site for people of all skill levels. Water clarity is mostly excellent and sea conditions are generally moderate. The reef is home to over 150 species of fish including yellowtail, angelfish, parrotfish, barracuda, sergeant majors, and moray eel. The lucky diver can also see several shark and ray species. After 7000 years of coral growth, about fifty species are present, many named for the shapes of their namesakes on land, including staghorn, elkhorn, star, brain, and fire corals.

Great White Heron National Wildlife Refuge was established in 1938 as a haven for great white herons, migratory birds, and other wildlife. Located in the lower Florida Keys, it consists of almost 200,000 acres of open water and islands that are north of the primary Keys from Marathon to Key West in the Gulf of Mexico. The islands account for approximately 7,600 acres and are primarily mangroves with some of the larger islands containing pine rockland and tropical hardwood hammock habitats. This vast wilderness area, known locally as the “backcountry,” provides critical nesting, feeding, and resting areas for more than 250 species of birds. Accessible only by boat. Popular picnicking destinations with locals include and . Visitor information is available in the shopping center at 28950 Watson Blvd., Big Pine Key, FL 33043, Phone (305) 872-0774.

National Key Deer Wildlife Refuge was established in 1957 to protect and preserve Key deer and other wildlife resources in the Florida Keys. The refuge is located in the lower Florida Keys and currently consists of approximately 9,200 acres of land that includes pine rockland forests, tropical hardwood hammocks, freshwater wetlands, salt marsh wetlands, and mangrove forests. These natural communities are critical habitat for hundreds of endemic and migratory species, such as Key deer, lower Keys marsh rabbit, and silver rice rat. Visitor information is available in the shopping center at 28950 Watson Blvd., Big Pine Key, FL 33043, Phone (305) 872-3675.

Blue Hole on Big Pine Key is part of the Key Deer Nature Preserve. It offers a relatively easy and short hike along trails surrounding a mostly freshwater limestone sinkhole that’s home to a variety of wildlife: Key Deer, alligators, turtles, iguanas, and a variety of birds (including wading birds), snakes and fish. There’s also an observation platform with informational displays.

The Perky Bat Tower, a true curiosity, is located on Sugarloaf Key. (The area got its name from sugarloaf pineapples, which were grown there in the late nineteenth and early twentieth centuries.) In 1929, a real estate developer named Richter Clyde Perky envisioned a luxury resort, complete with a first-class hotel, restaurants, and a gambling casino on Sugarloaf Key. Unfortunately for him, Sugarloaf Key was well established as a breeding ground for voracious hordes of mosquitoes. Perky built a 35-foot-high, cypress-shingled Bat Tower, and filled it with odorous bat guano, which, theoretically, would attract the bats, which would devour the mosquitoes. Alas, the bats didn’t buy it. A colony installed in the tower apparently didn’t care for the accommodations or the odor, and promptly flew away with Perky’s investment money. The mosquitoes swarmed unabated and eventually the devastated Perky went bankrupt and died. (Some people have suggested the mosquitoes ate the bats.) Looking for all the world like a bladeless windmill awaiting Don Quixote, the tower still stands behind the Sugarloaf Lodge, next to the island’s small airport.”

South Of The Seven

The Club at Key West Harbour

Off the Rock Fishing Charters

Hank's Hair of the Dog Saloon

Off the Rock Fishing Charters

Keys To the Keys Adventures

The Koffie House on Greene

HE Travel and Alyson Adventures

Life On the Rocks Charters

South Of The Seven